A Journey Back in Time: Fatima, Ourem, and Obidos with a Baby 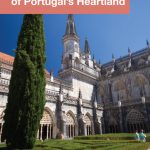 Fatima, Ourem and Obidos have millions of years of history to discover. Walk through dinosaur footprints, castles and one of the most holy catholic shrines.

For our tour of Portugal with baby C, we had set up our base in the city of Cascais. We awoke refreshed having visited the fairytale town of Sintra the day previous. On this day trip, from Lisbon, we go back in time to Fatima, Ourem, and Obidos. Our adventure would see us visit a site of miracles, a walled city, and castles, and walk amongst dinosaur tracks!
You read that right. Situated in a quarry, less than an hour from the Sanctuary of Fatima, Portugal lies the footprints of a herd of more that 15 dinosaurs that trudged across the once soft ground 180 million years ago.
The dinosaur footprints in Portugal track over 140 meters and contain more than 200 individual footprints. Being so close to the Sanctuary of Fatima and the walled city of Obidos, it was a natural fit to take C to visit these amazing tracks at the Natural Monument of the Dinosaur Footprints of Serra de Aire – Pedreira do Galinha.

Visiting the Sanctuary of Our Lady of Fatima

The Shrine of Our Lady of Fatima is one of the world’s most famous Catholic shrines. It is an easy 1.5-hour drive from Cascais to Fatima on highway A1. The drive from Lisbon to Fatima is slightly quicker on the same highway.

Each year around four million people make the pilgrimage to its walls. The Sanctuary of Our Lady of Fatima was reportedly the location where three local shepherd children saw apparitions of the Virgin Mary in 1917.

Basilica of Our Lady of Fatima

Wandering the shrine with C was an amazing experience. The site consists of the Basilica of Our Lady of Fatima which opens up to an extensive open courtyard. The basilica contains the remains of the Francisco, Jacinta, and Lucy, the three people who witnessed the apparitions.

Other places to see in Fatima, Portugal

Also on the site is the Chapel of the Apparitions, a chapel built on the site were Mary’s apparitions were thought to have taken place. Lucky for us, the chapel was hosting an international congress of children’s choirs whose voices carried through the huge building and had C breaking out into a huge smile.

The beautiful grounds have gardens and statues including Hungarian Stations of the Cross. Having covered walkways was a treat to keep the hot afternoon sun off of our heads.

There was a lot to explore in the Sanctuary of Our Lady of Fatima, including the homes and original burial site of the children, but there were also dinosaur footprints to walk amongst! So, we quickly grabbed some lunch at the on-site cafeteria and then off we headed for the short drive to Ourem, Portugal.

Natural Monument of the Dinosaur Footprints

Although it was less than an hour’s drive from Fatima to Ourem, we arrived with a very sleepy C. Between the heat and the sounds of the beautiful choir at Fatima, he was definitely ready for a nap. He continued to snooze as we carried him through the rolling hills along the Dinosaur Monument (Pedreira do Galinha).

The loop through the monument took us up to the top of a cliff overlooking the quarry. The overlook gave us a sweeping look at the clearly visible sauropod tracks under a brilliant blue sky. The tracks were made during the middle Jurassic period, back when Britain, Canada and the Iberian Peninsula were still joined together.

Walking around Pedreira do Galinha

We wound our way down into the quarry and finally got a chance to see these massive footprints up close. These footprints, which were made as the sauropods passed through a shallow wetland, are considered to be the oldest and most well-preserved sauropod prints in the world.

Like so many other people out there, the idea of dinosaurs is super cool to me. Being able to stand in the footprints of one of these giants, not in a museum or a science center, but under the bright skies in a wide-open quarry was indescribable. What made this even more special, was being able to share it with C. When we did this trip, he was only 4-months old, but now at 6, he is as big, if not a bigger dinosaur fanatic than I am.

The Natural Monument of the Dinosaur Footprints in Portugal has a small gift shop. It is worth checking out for those visiting. It has fossils that you can purchase, and of course, we got a Mosasaur tooth for C. To this day it’s still his favorite travel souvenir!

As we headed back to Cascais, we had one more stop, the walled city of Obidos.

Exploring the Walled City of Obidos

Built in 1148, the walled city of Obidos was a wedding gift from King Alfonso II to his queen, Urraca, in 1210. This charming town was a pleasure to explore. Although, the cobblestone streets and many stairs meant leaving the stroller in the car.

The town itself is small, colorful and easy to get around. The town is surrounded by fortified walls that we walked along and explored. Walking along the walls gave incredible views over the town’s tiled rooftops to the towering walls of the castle.

While the castle itself has been turned into a hotel, the town as a whole retains an incredibly authentic feel. From the beautiful Santa Maria Church to the pristinely maintained aqueduct that leads into the city, it’s hard to walk through its cobbled streets without feeling like you’ve stepped back in time.

Obidos is also famous for a fairly specific cherry liquor called Ginja de Obidos. This tasty shot is a local favorite. A great place to try it out is the Bar Ibn Errik Rex. With low ceilings and stunning historic interior, it makes for a cool place to take a break but while still exploring.

Exhausted after our travels through Fatima, Ourem, and Obidos, it was time for the one hour drive back to Cascais. We needed some rest before our next day exploring the castles of the Knights Templar! 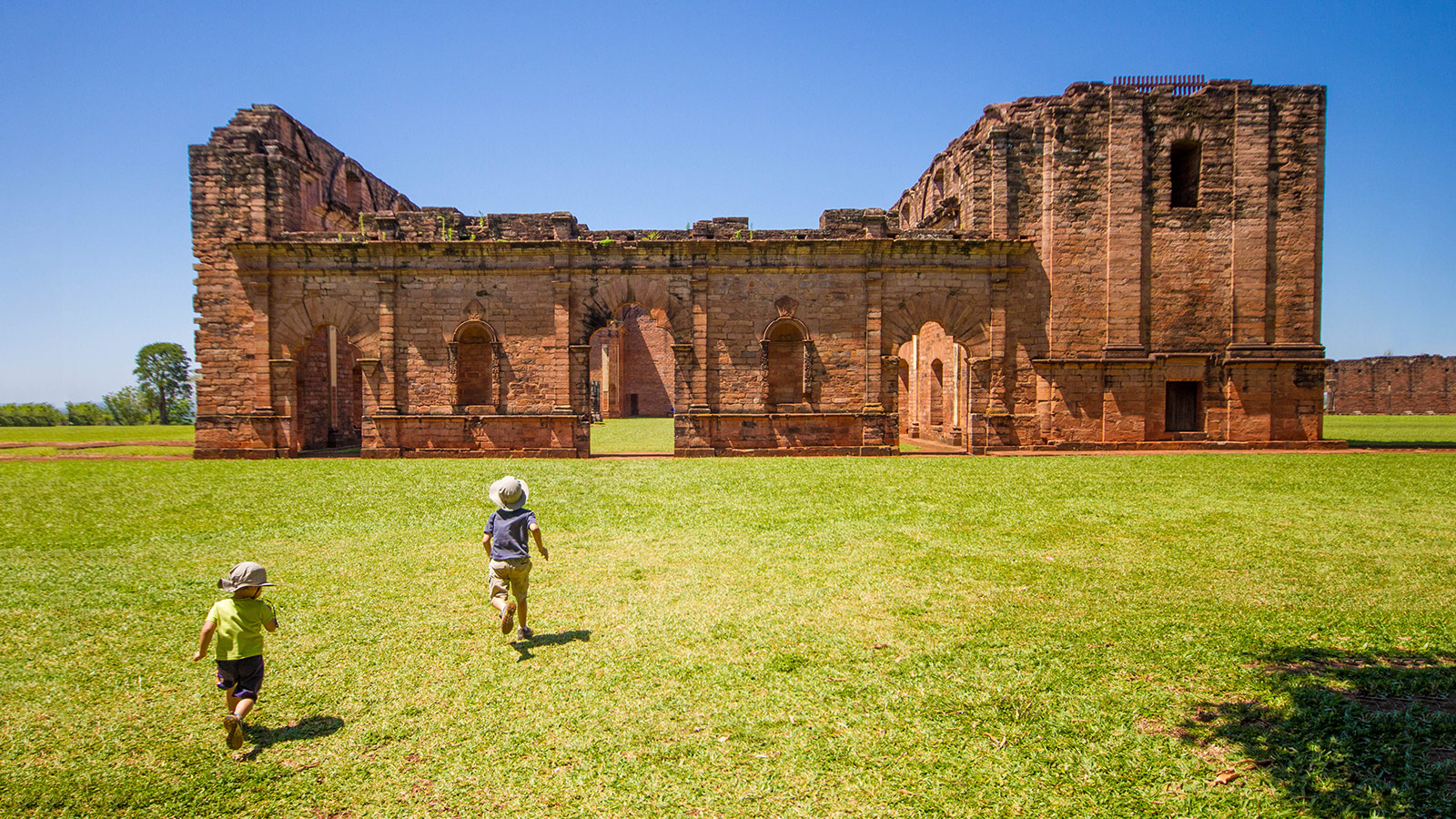 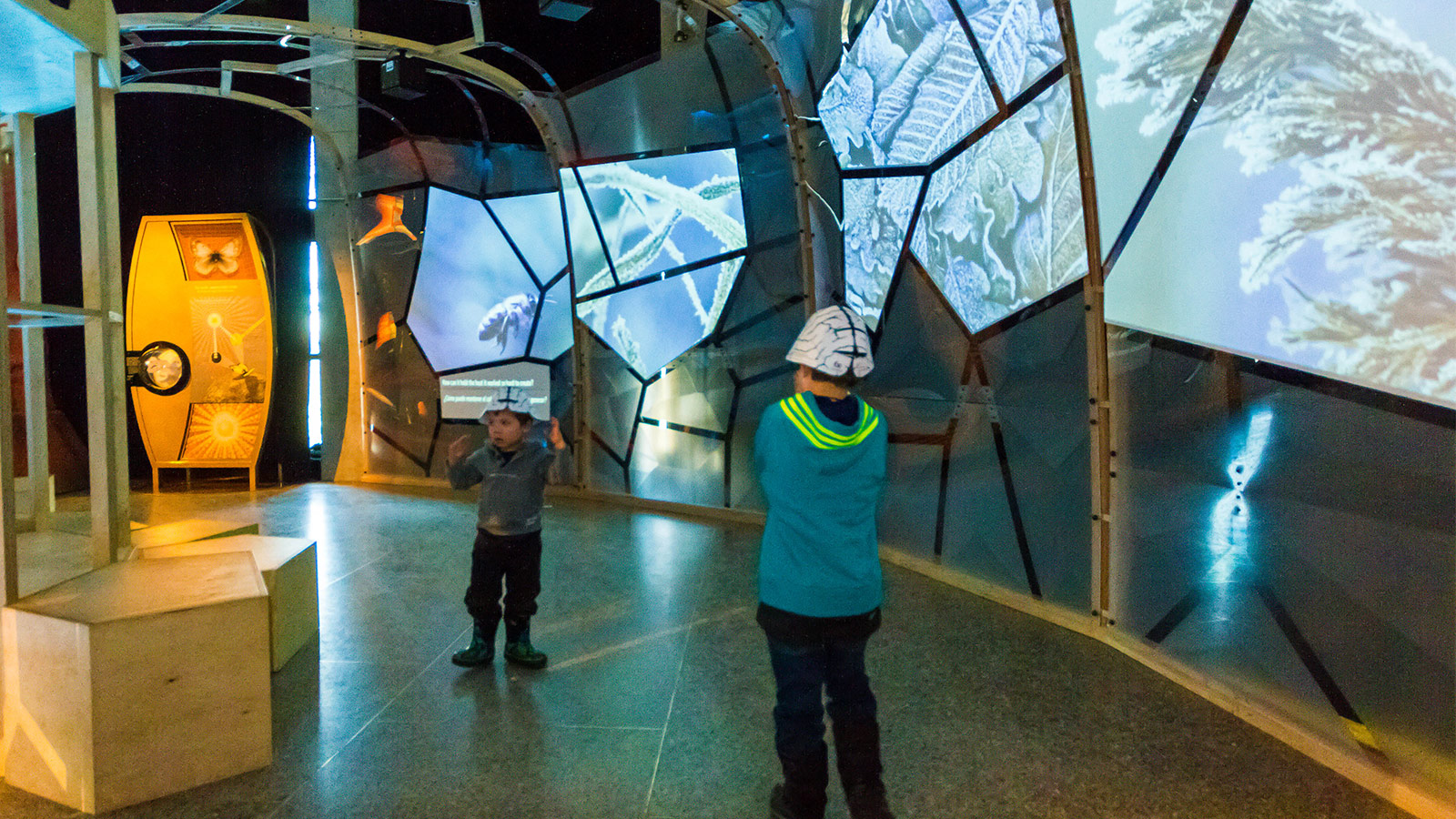 Next →
Getting Bio Mechanical at the Ontario Science Centre with Kids
Click here to cancel reply.

You guys are brave to be travelling with a baby. The article and the photos are awe inspiring. The quaint village and the castle as a backdrop only seem to enhance the experience. I am always attracted to anything to do with dinos. :) :)

I've never been here but it looks beautiful :) Great photos as well.

Full marks to you for travelling with your baby. Your little one has had an exciting start to life and II'm sure travel will be part of your child's destiny! Portugal is amazing.

Portugal is such an amazing country even though it is not very big. I'm jealous that you got to go to Sintra and Fatima because I wasn't able to when I was there. But I have never heard of this walled city! It looks like an exciting experience that you and your whole family will be able to cherish for a long time.

Obidos would be a wonderful place to walk through and explore, and I agree that it looks like you're stepping back in time. I love the old stone walls, and the rooftops of the homes, and the cobblestone streets. I'm not usually into dinosaur stuff, but actually seeing their footprints fossilized like that sounds really interesting. What a great trip! Thanks for sharing the beautiful photos, too!