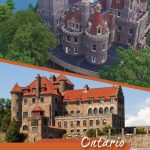 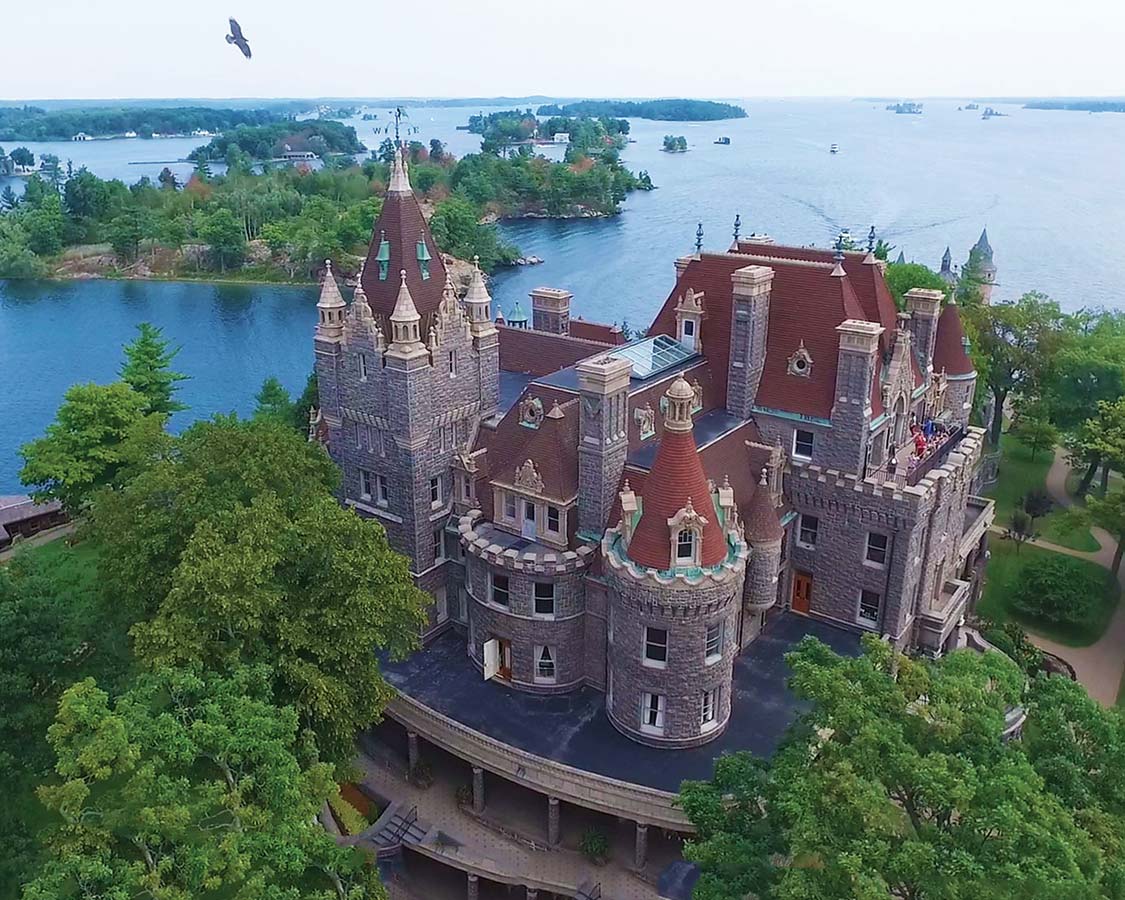 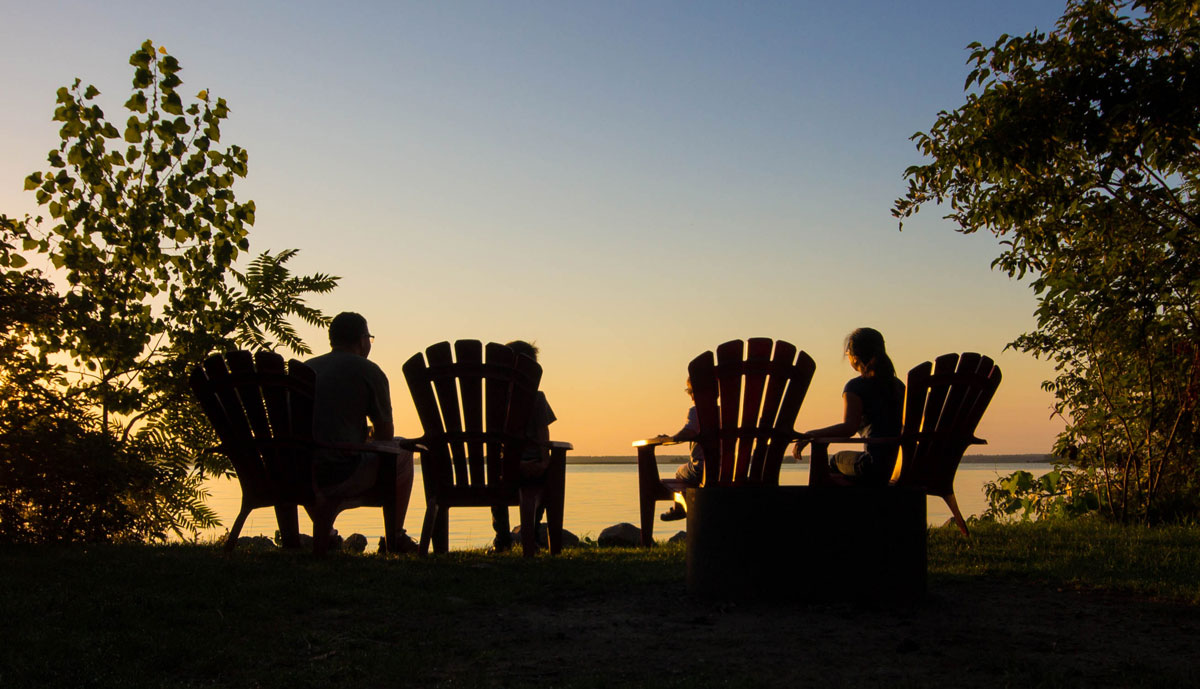 Castles in  the Thousand Islands

Boldt Castle and Singer Castle are castles in the Thousand Islands. While they are, in actual fact, mansions rather than true, fortified castles, their opulence has seen them graced with the description. There are many residences in the area that could be considered castles in the thousand islands, but Boldt Castle and Singer Castle stand out far beyond the grand gardens, crystal pools and stunning architecture that you’ll find in the area. Since we had so much fun on our previous castle hunts in Jordan and Portugal, we jumped at the opportunity of visiting castles so close to our home.

How to visit Boldt and Singer Castles in the Thousand Islands

Both Boldt and Singer Castles in the Thousand Islands can only be accessed by boat. We booked a cruise via Rockport Cruises as at the time of our booking, it was the only boat operator in Canada that offered access to both castles as a day tour. The cost of the cruise also comes with a delicious buffet lunch. 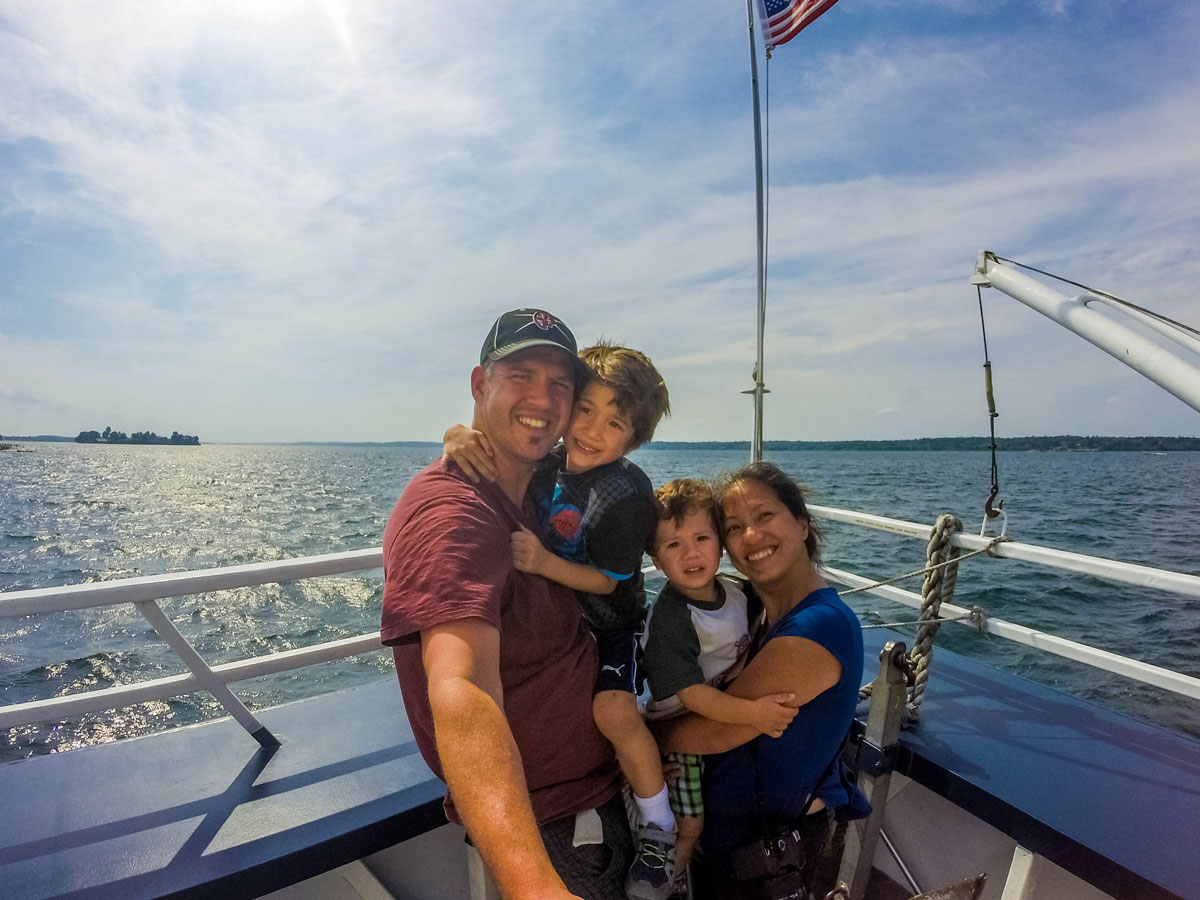 Pro-Tip: The castles are also accessible via personal watercraft and have docks that are free to use for visitors paying for access to the islands. Both castles are located in American waters and there may be border agents present, so make sure you have your passport ready.

Boldt Castle is on Heart Island in the United States side of the St. Lawrence River. When you arrive you will immediately need to fall in line at passport control. The line moved pretty fast and after showing our passports, we entered the grounds of Boldt Castle. Since we were part of the cruise tour we bypassed stopping at the ticket booths and went directly to the grounds. We were free to roam the site and grounds but had to be back on the boat after 2 hours of exploring. So, before heading off we studied the map of the grounds to strategize. 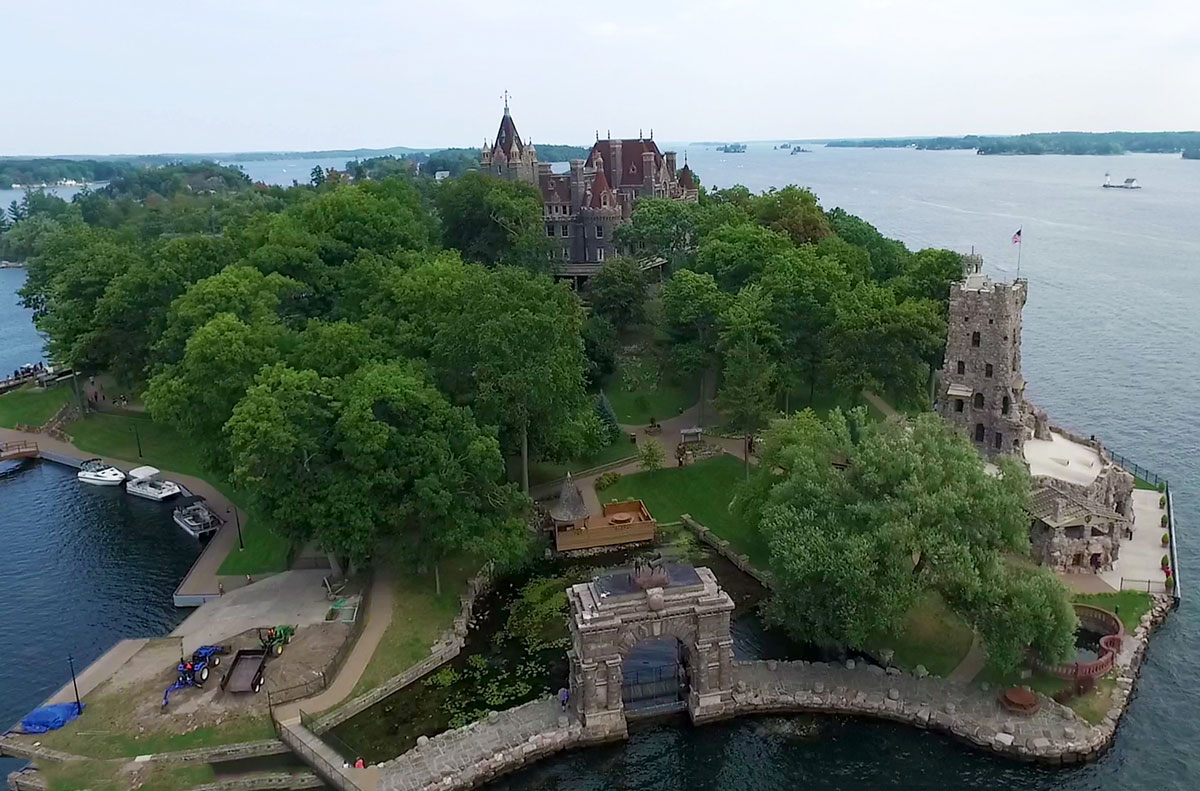 Pro-Tip: For those that want a tour, audio guides can be rented at the entrance.

Surrounding structures and the gardens

Besides the main castle, there are also other notable structures on the grounds such as the Alster Tower and the Power House can be accessed on Heart Island. Across the waterway on another island is the Boldt Yacht House (yes, they needed an entire island just for their boats!). However, separate tickets are needed to visit the Yacht House. Due to the limited time, we opted to stick to the main grounds and reserve visiting the Yacht House for another time. 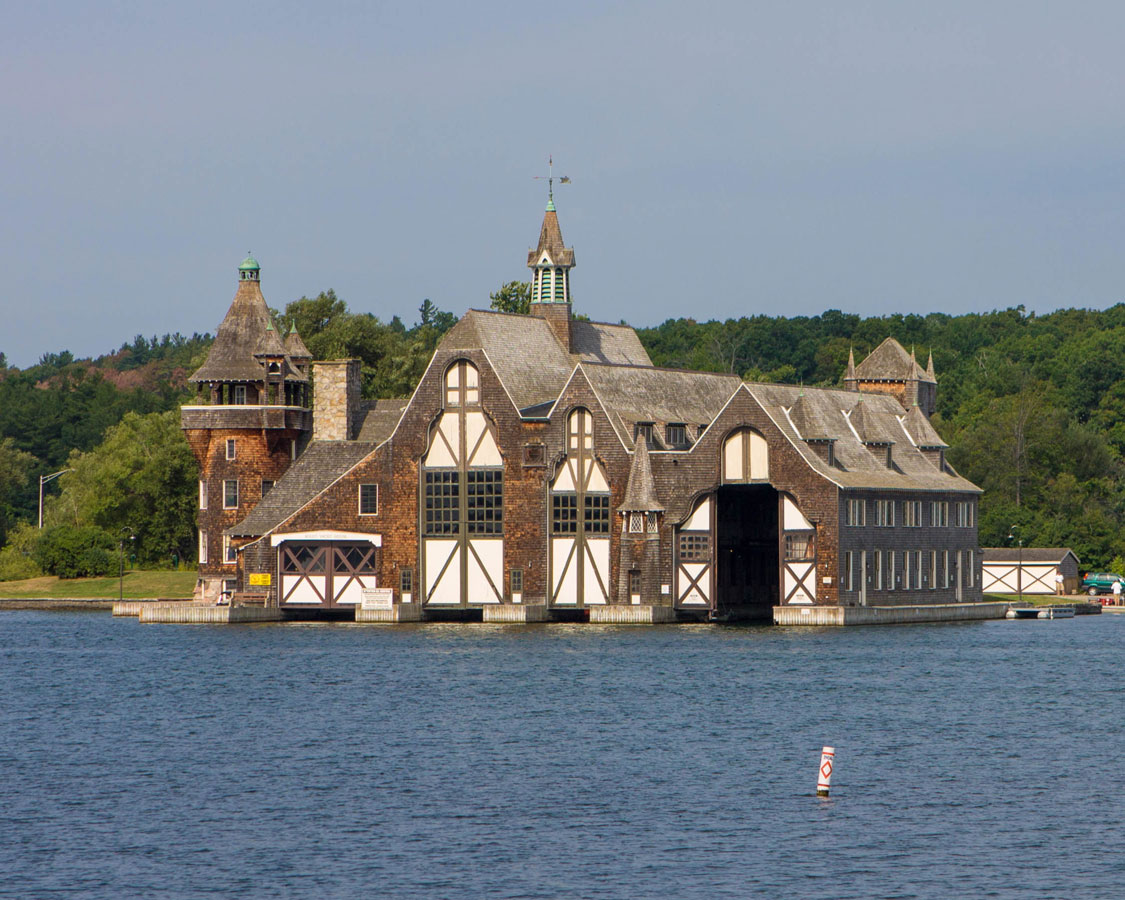 As everyone was heading to the main house, we decided to head over to the Alster Tower first. Construction on the castle began in the early 1900s. The Tower was meant to entertain guests. This is evidenced by the dance floor that greets you as you enter the building. C and D had fun pretending to bowl at the onsite bowling alley. The Alter Tower is also commonly known as the Children’s Playhouse. During the time of our visit, the Playhouse was undergoing extensive renovations. However, we were still allowed to wander freely inside. 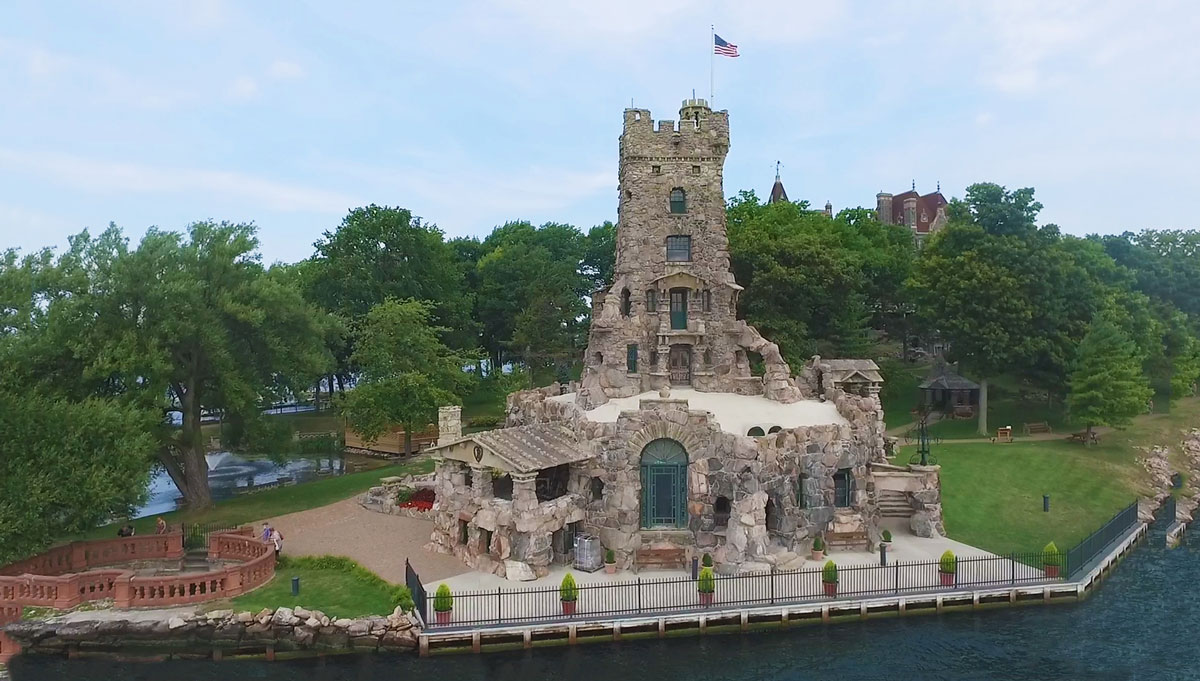 Afterward, we explored the beautiful gardens and made our way towards the Power House. It is connected to Heart Island via a beautiful arched stone bridge. For a building whose primary purpose was to act as a generator station, its architecture is an absolutely stunning example of over-design. The inside is a basic museum of power equipment, but otherwise pretty spartan. For all its beauty, it can be visited in a few short minutes. 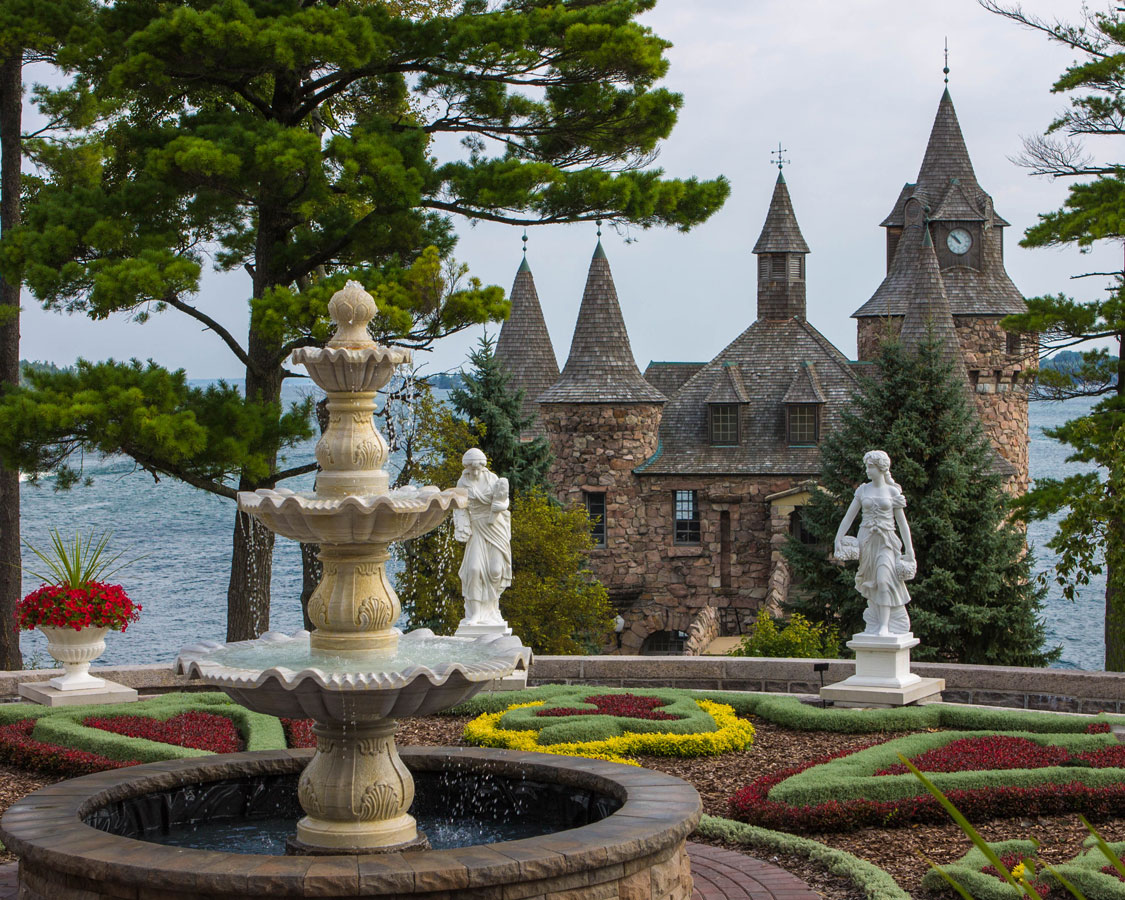 The main castle and the tragic story of George Boldt

From the Power House, we made our way to the main castle building. Construction of Boldt castle began in the early 1900s under the order of millionaire hotel magnate George Boldt. The castle was meant to be a summer home that he was going to give to his wife as a gift. However, Mrs. Boldt passed away suddenly just months before the completion of the castle and the heartbroken Mr. Boldt stopped all construction and never again set foot on the island. Because of this, Heart Island lay vacant for over seventy years. 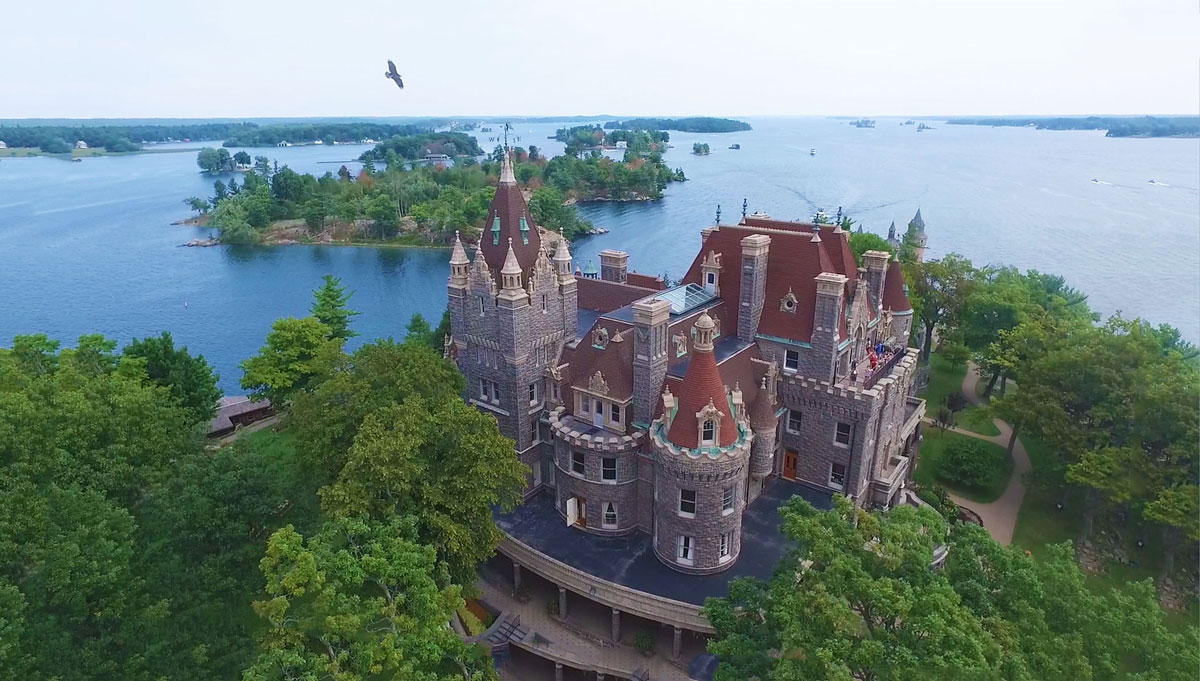 Today, Boldt Castle and the Boldt Yacht House are owned by the Thousand Islands Bridge Authority. Inside the castle, the main floor and second level have been restored and furniture has been added to show what life would have been like in the castle. The upper levels of the castle remain unfinished. It’s interesting to wander around imagining what the various rooms could have looked liked. The contrast between the finished areas, and the areas with cracked ceilings and studded walls is amazing to witness. 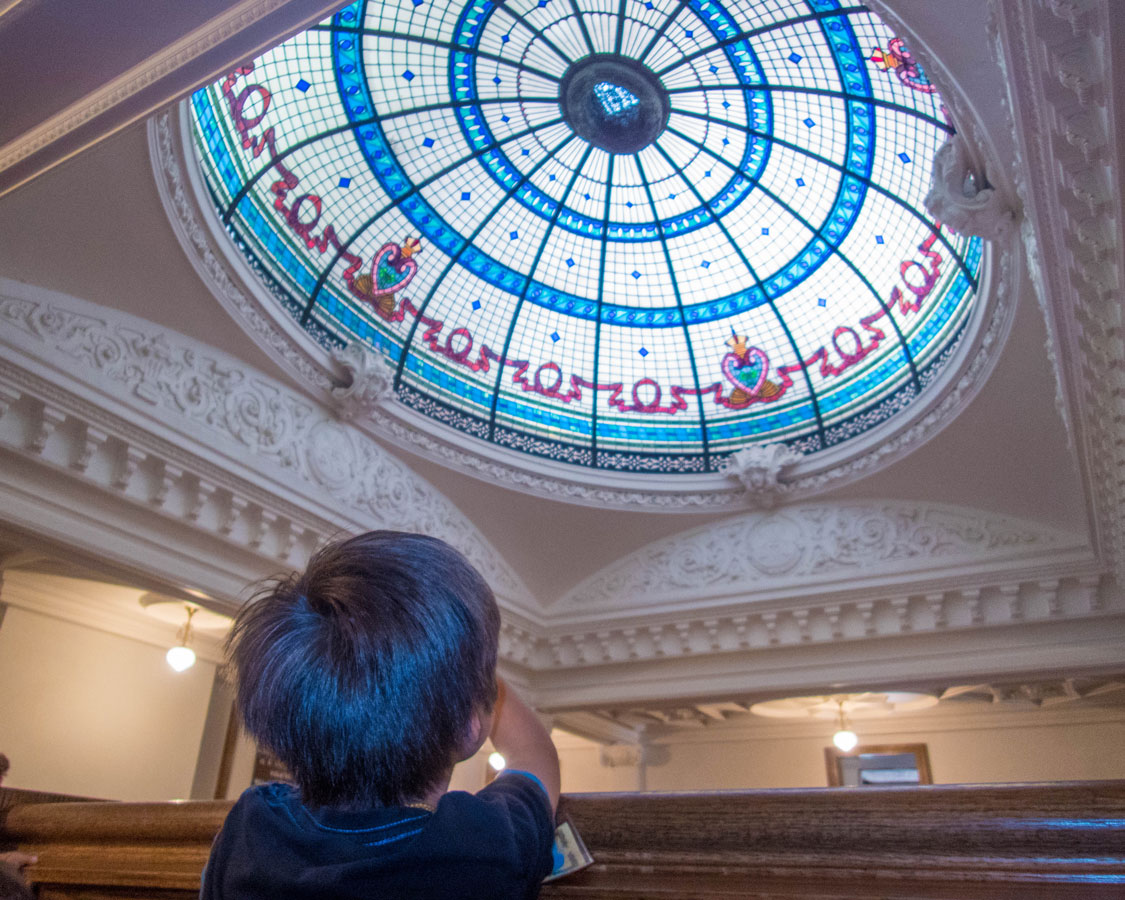 Pro-Tip: There is a theater inside the castle that shows a short movie about the history of the castle. 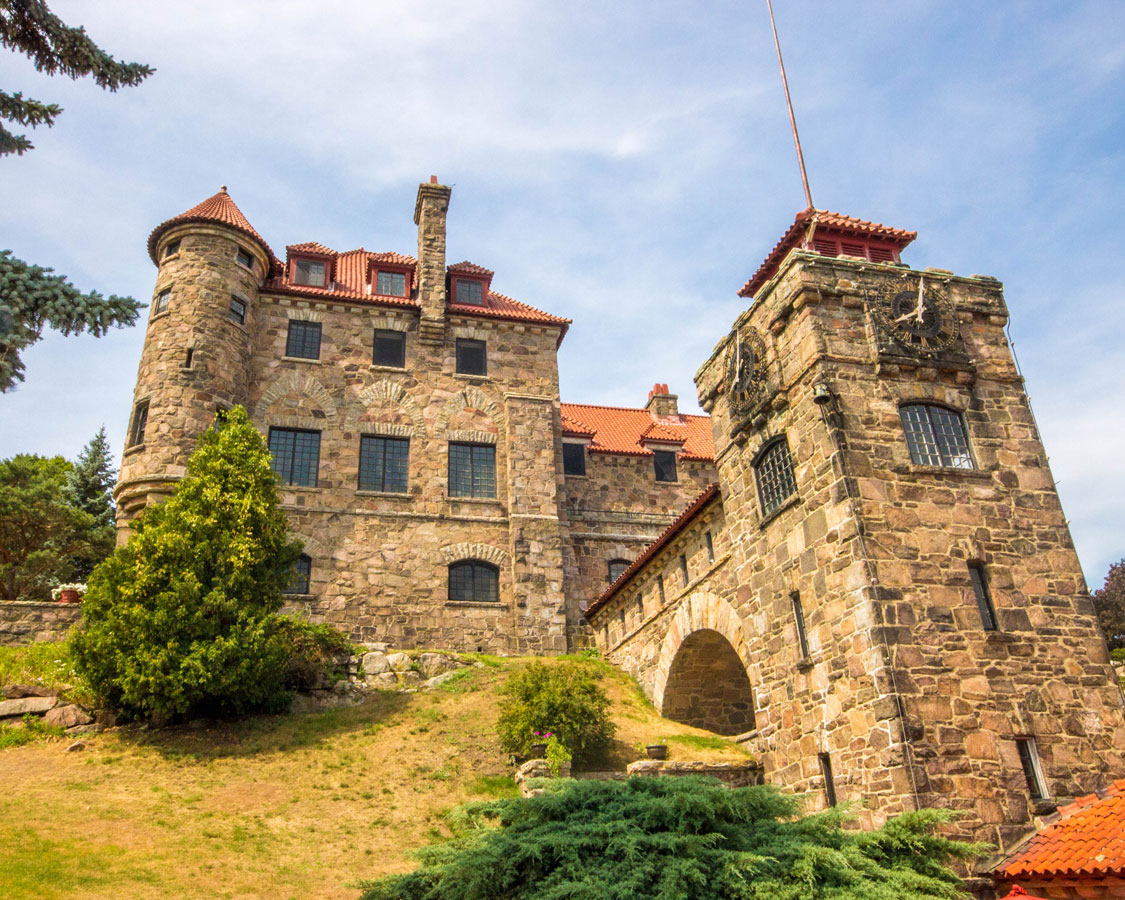 There was no wait time and the tour started straight away. We learned that Singer Castle was commissioned by the Bourne Family in 1905. Frederick Bourne was the fifth President of the Singer Sewing Machine Company, which is where the name “Singer Castle” came from. Because of this, many people donate sewing machines which we saw in almost every room of the castle. 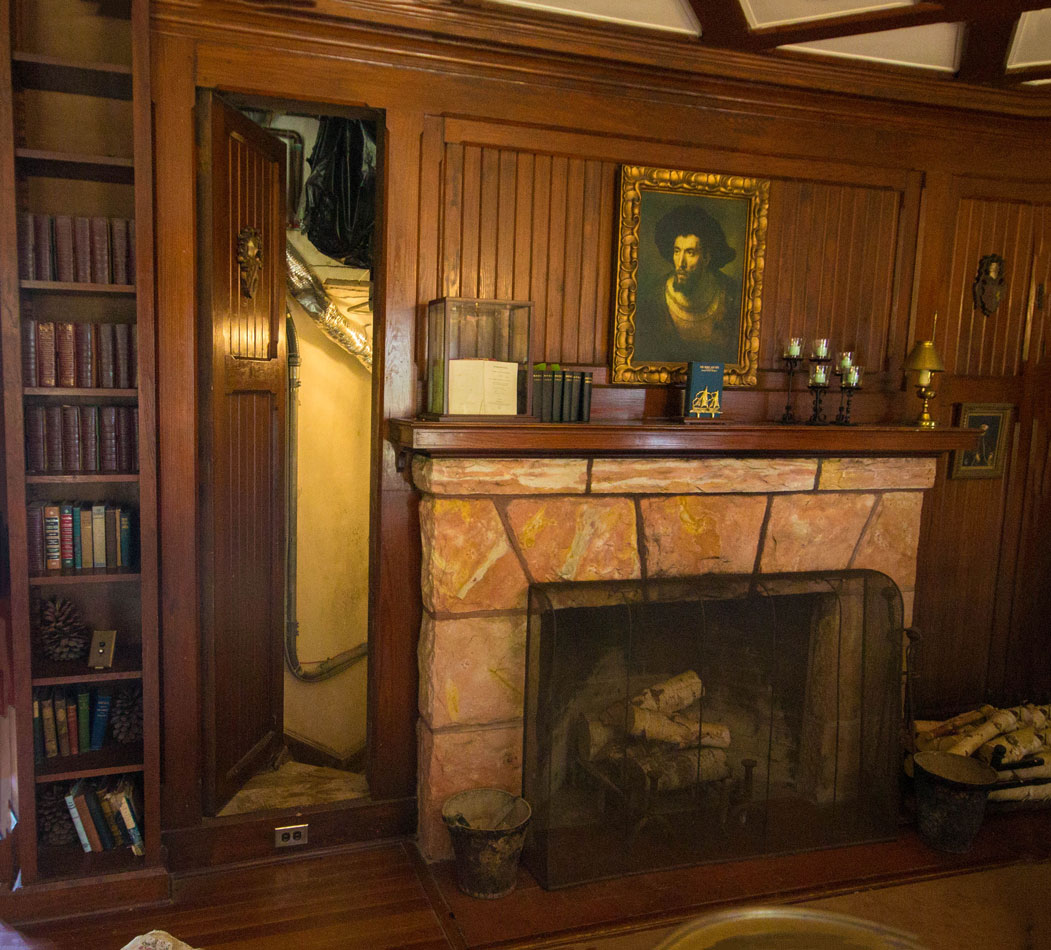 Pro-Tip: Singer castle is beautiful, but because of the strict access control, it may not be an ideal destination for spirited children. While C loved learning from the guide about all the incredible secret passageways, our time with D was spent trying to avoid destroying priceless artifacts.

Unlike Boldt Castle, Singer Castle was fully constructed. Until the 1960s the Bourne family spent their summers on the island. At the time, they called the castle, “The Towers”. The castle interior did not disappoint. D was excited to see all the knights and pointed them out every time he spotted one.

C liked peeking into the hidden passageways that were used by the servants to get around the castle. He just couldn’t believe that the walls held hidden doors that would open by pulling a book or pressing a secret button! There was one wing of the castle that we did not explore. This is because it was occupied. That’s right! A portion of Singer Castle is a bed and breakfast. The Royal Suite can sleep up to six people.

Final Thoughts on Visiting Castles in the Thousand Islands

Private boats are able to dock on the islands so it is not necessary to join a cruise. In retrospect, this would have been our preferred method of exploring the castles in the Thousand Islands. Firstly, for Boldt castle, we would not have been confined by the 2-hour limit. Then, we would have been able to visit the Yacht House. Secondly, for Singer castle, all private boats that arrive are still led around by a guide. However, it is more likely the tour will be private or at least very small, making for a more intimate experience. Have you visited the castles in the Thousand Islands? If so, how was your experience?

Have you visited the Thousand Islands? What are your favorite things to do? Drop a comment below or tag our Instagram page in your photos. We would love to hear about your travels. 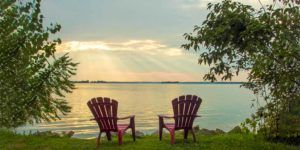 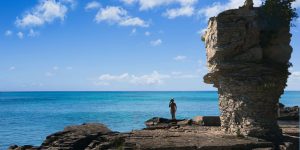 Discover These Stunning National Parks in Ontario This Summer 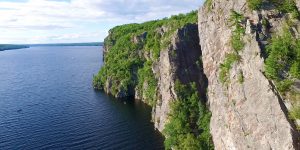 Our Favorite Things To Do In Bon Echo Provincial Park 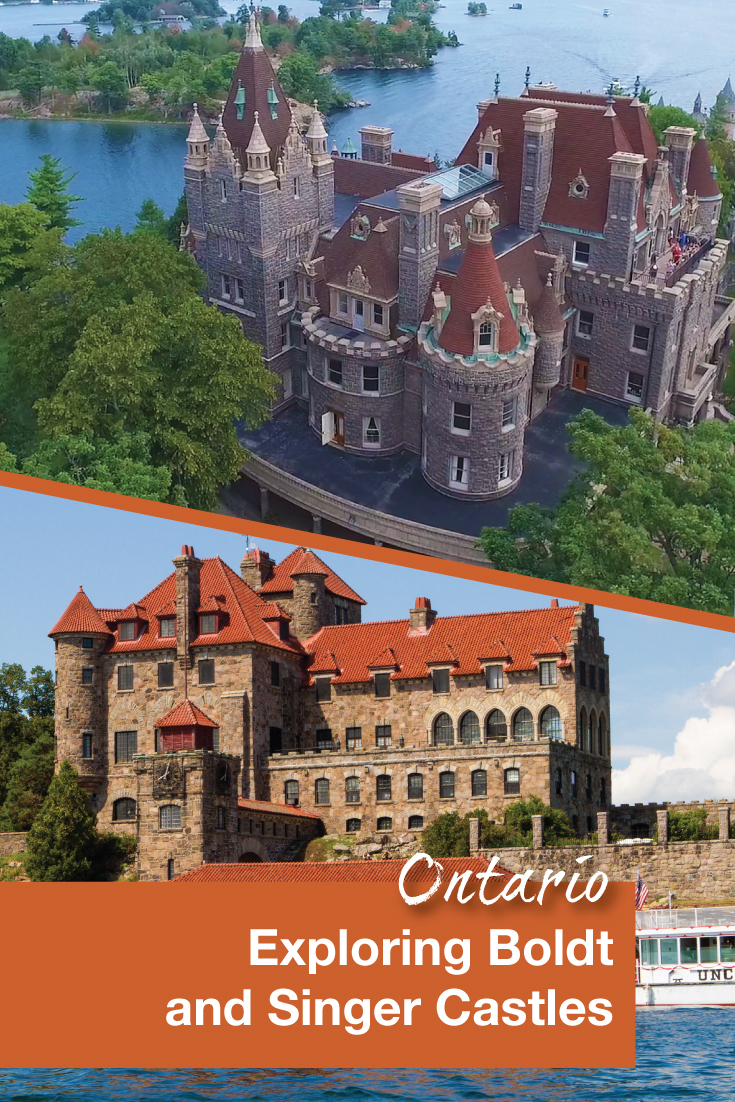