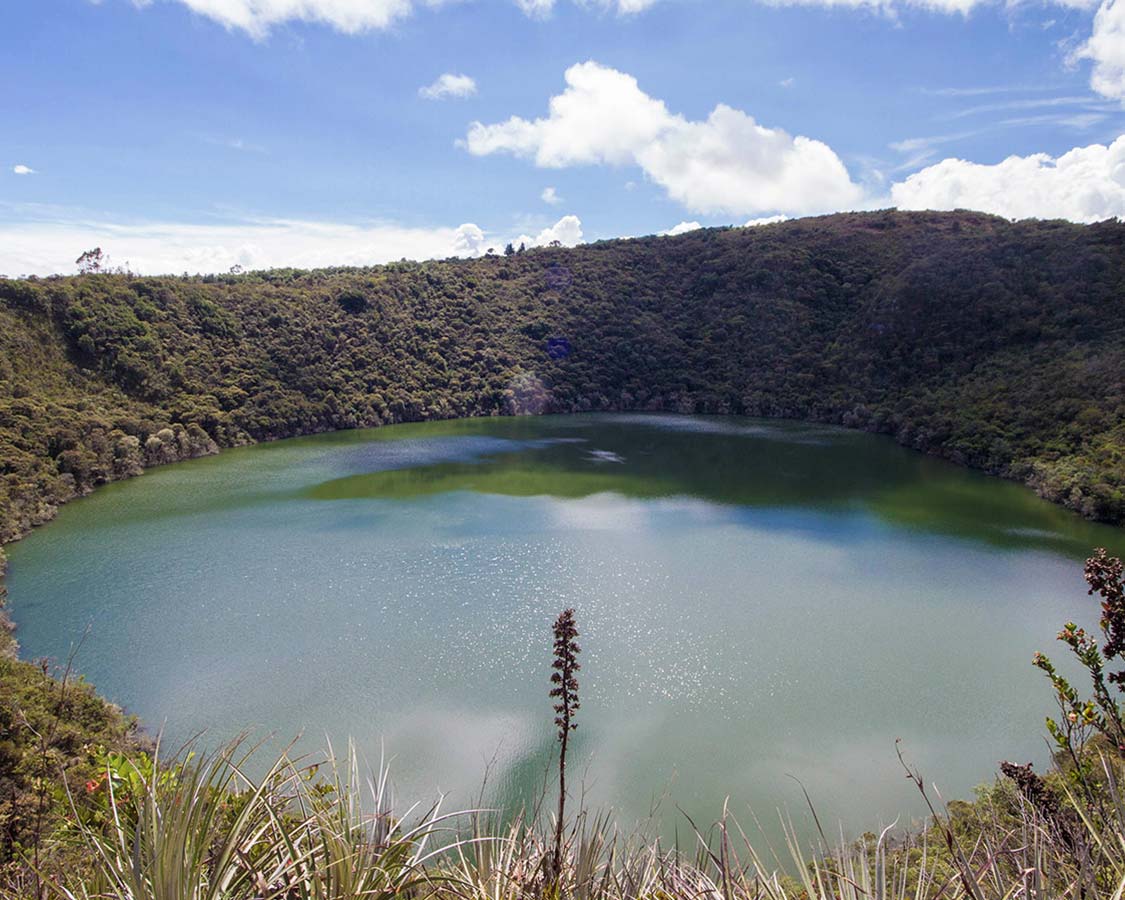 Shrouded in myth and mystery, few places have flared the imagination of explorers and treasure hunters as m what lies beneath the tranquil waters of Lake Guatavita in Colombia. It is rumored that the Muisca Cacique would come to this sacred place, cover himself in gold dust and sail out into the Laguna to bathe and toss golden statues into the waters as an offering for Chie, the Goddess of water launching the legend of El Dorado in Colombia. While we were in Bogota we had to try searching for the lost city of gold in Guatavita Colombia with Kids! 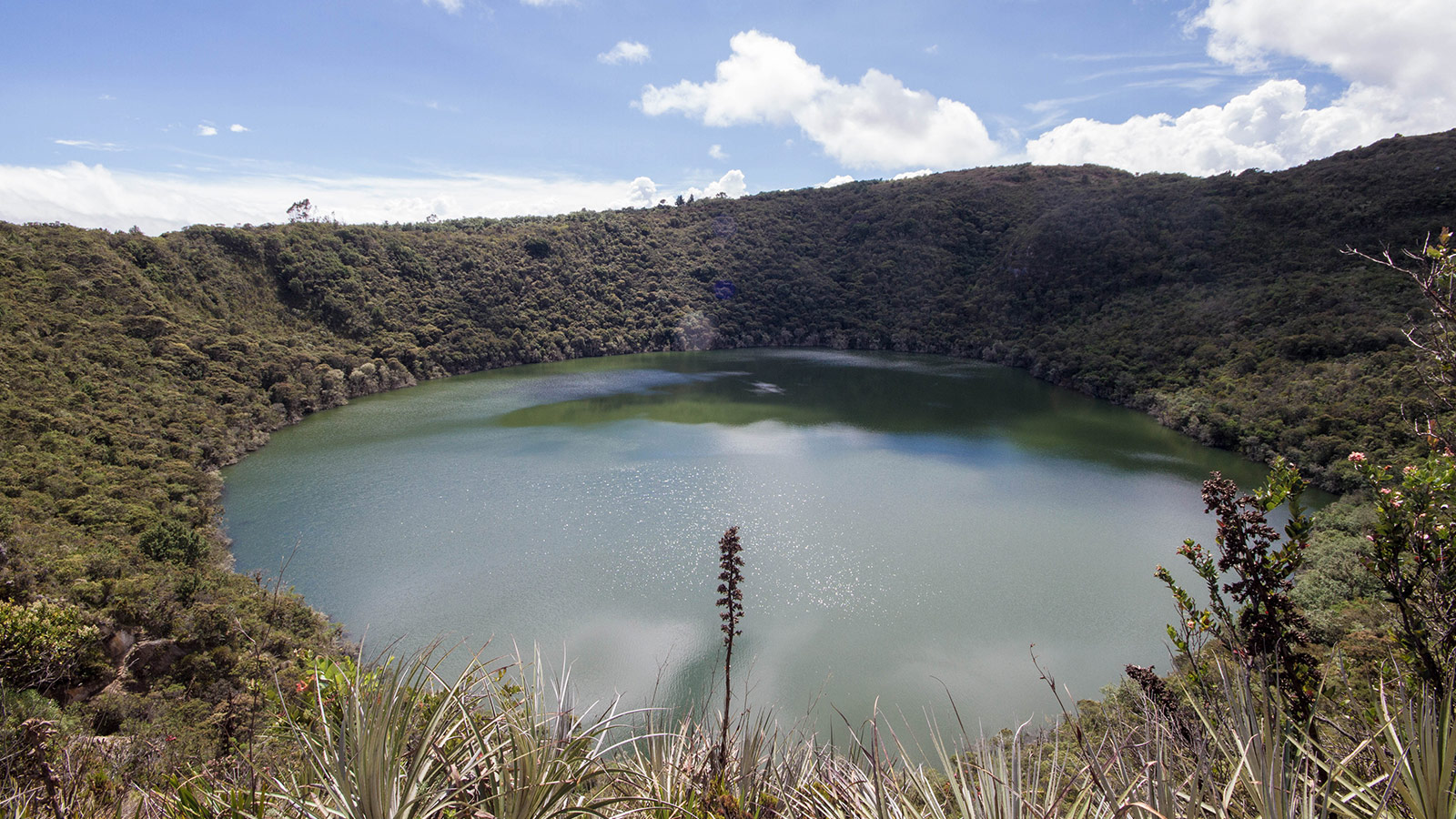 The drive to Guatavita

Our Bogota, Colombia guide, the legendary Bogota Henry, picked us up from our hotel in downtown Bogota for a drive out to Guatavita region in North Bogota.  The drive is just under two hours and took us through the beautiful Colombian hillsides. The road to the el Dorado lake is lined with landscape vendors and small hardware shops giving light to the blue-collar lifestyle of many of the region’s inhabitants. 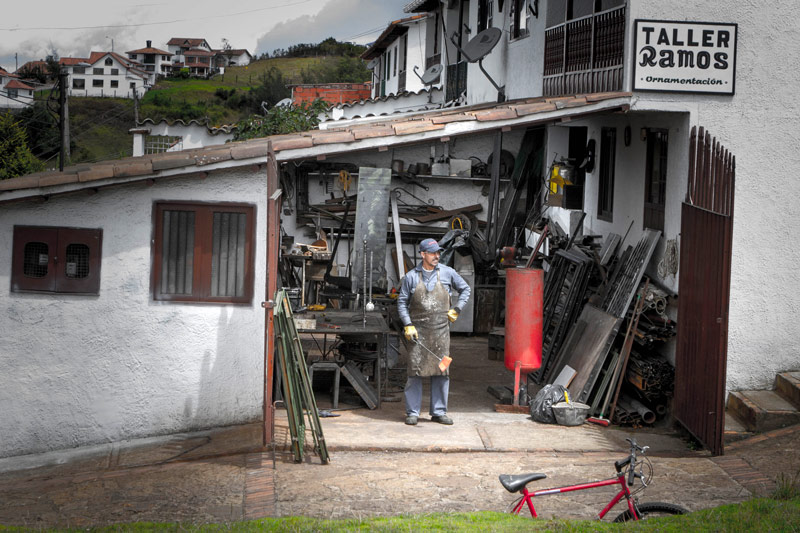 When traveling through Colombia, remember that car seats are not provided by most rental car companies. There are no laws governing them. Speed in both the city and the countryside tends to be fairly slow, and traffic rules are generally respected by the locals. As we traveled did not have car seats for either of our children and there was always an adult in the back holding on to them both. In retrospect, I wish we had had something like the MiFold to keep them safe.

We stopped along the way in La Calera, a small town near the mountains where Henry treated us to arepas, a treat famous in the region. The dish is traditional bread made from cornmeal.  C devoured the snack in a heartbeat before asking for more.  If you find yourself in the town, be sure to treat yourself to a taste at arepas de La Calera. 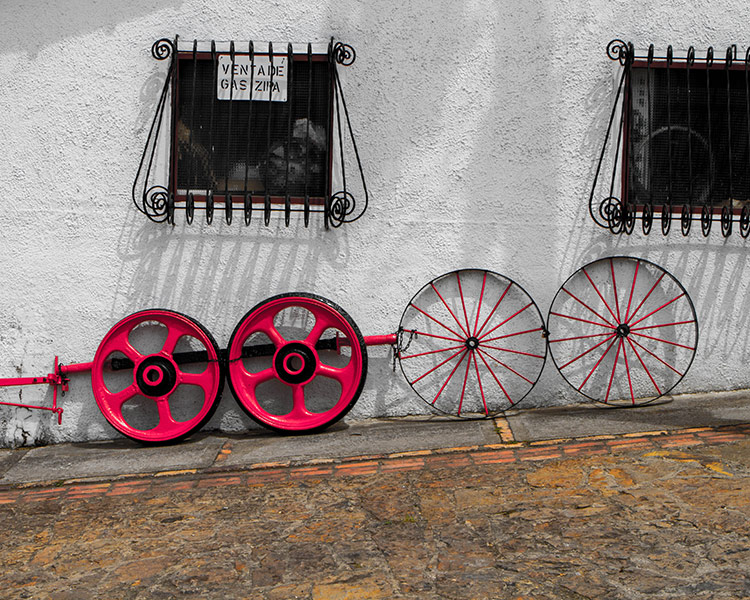 Further down the road, we stopped in Guatavita town.  This perfect village of Colonial style buildings with white-washed walls and red tiled roofs belies its strange history.  The town was built just 43 years ago. It is a replica of the original lost city of Colombia, which now sits deep under waters of Lake Guatavita.

It was swallowed by the lake due to the construction of a dam that flooded the river valley. Dive trips are offered to explore the original town. The old town now populated by the delicious trout the locals spend much time fishing for. Part of the spire of the original church can still be seen poking above the waters, inviting people in for one last mass.

After stretching our legs in the town of Guatavita, we continued deeper into the countryside, towards Laguna Guatavit. We were searching for the el Dorado city of gold. As we pulled off the main road and onto the rough side roads leading up to the sacred land, we came across a field of cows. C excitedly called out “One of them is pooping!”.

Well, it wasn’t poop at all. In fact, one of the cows was giving birthright as we were driving by. Henry stopped the car so C would have the chance to experience something truly spectacular. We watched as the sow cleaned up the new calf and then both settled down for a much-deserved rest. 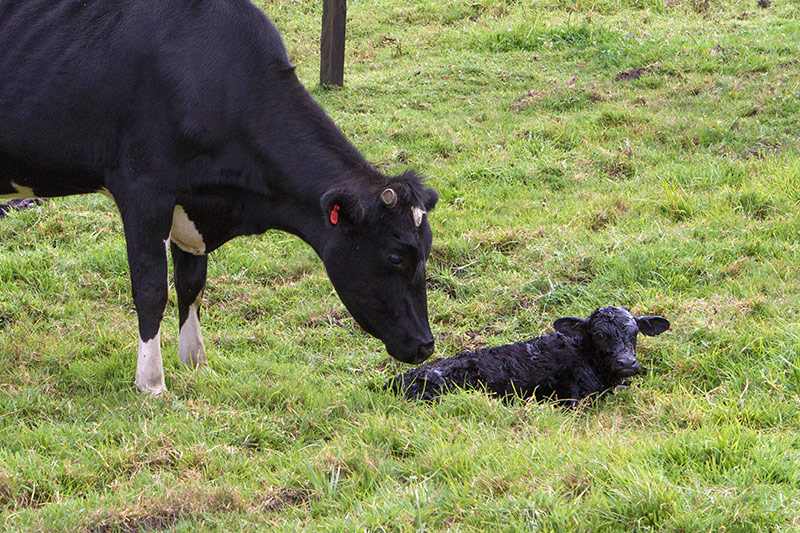 We continued up the single-lane road to the parking area of the Colombia lake. If driving this road yourself, be careful. People travel at slow speeds. But, there are a number of blind corners. Also, due to the steep hills, give the cars coming down the right of way. After arriving at the parking area, we geared up and paid for our entrance.

The park has a restroom near the entrance. This is the only opportunity to go until you reach the end of the hike which, depending on your fitness level, could be a couple of hours. After a quick potty break, we were off to the summit to view the famous Laguna Guatavita. 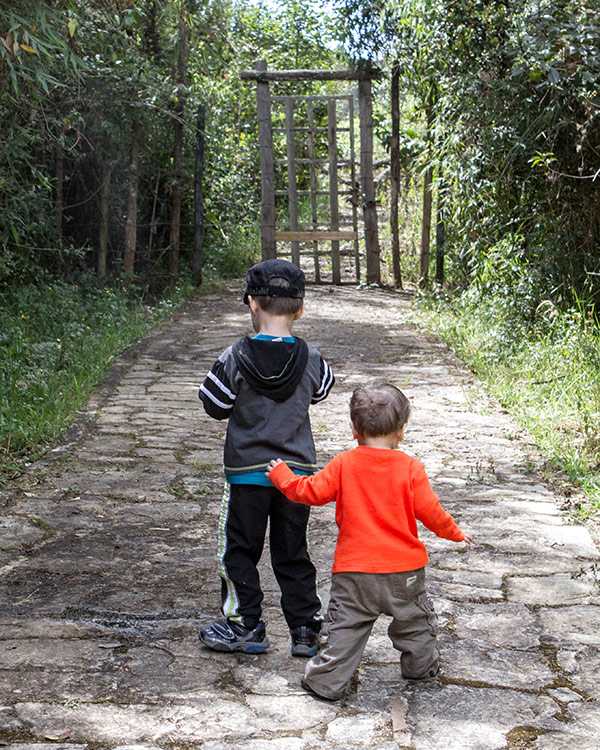 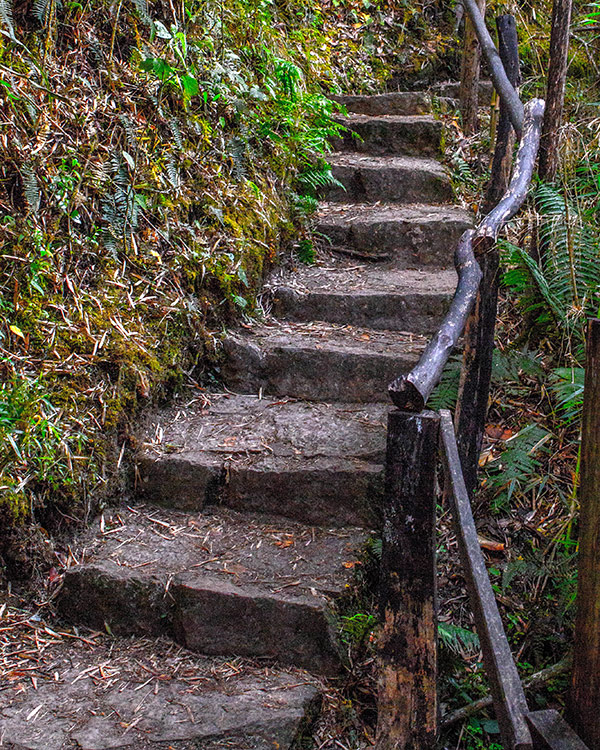 Hiking up to Laguna Guatavita

The hike up the mountain is a long and steep one. But the views as we made our way above the thick jungle canopy blew our minds! It felt as though we could see forever as we reached the first of two rest benches along the hike.  The boys took the opportunity to break off some bamboo shoots and practice their drumming and sword fighting while we caught our breath. 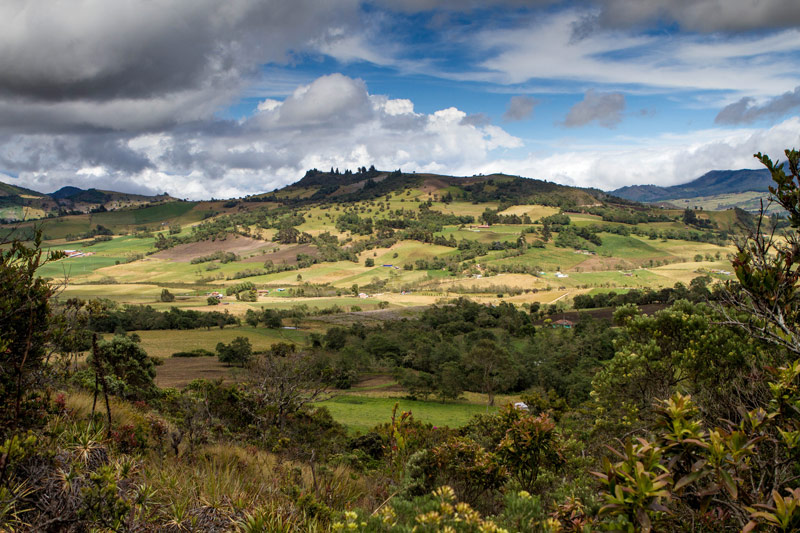 As we reached the top of the crater mountain, the path evened off and the rugged walk was tempered by a series of wooden walkways. We reached the edge of the caldera, the spectacular green waters of Laguna Guatavita sparkle through the jungle growth. We could almost see the gold that legend said was hiding under the surface 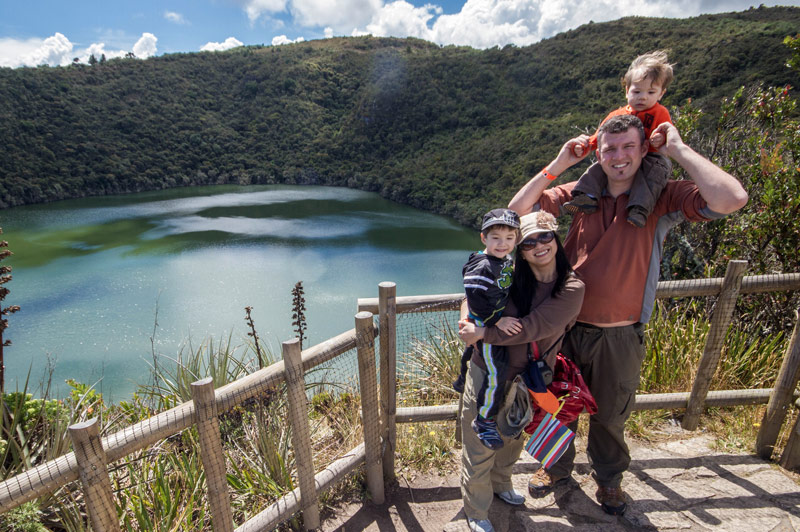 Many Failed Attempts to find Gold

Henry regaled us with the stories of the countless fruitless effortsto drain the lake in an effort to get to the priceless gold artifacts rumored to be deep in the waters. Most of the undertakings led to disaster and often the deaths of those making the effort. The first of these was in 1898 when contractors dug a tunnel through the side of the mountain. The drive to discovery in Colombia is what helped uncover other incredible historical sites in Colombia like Ciudad Perdida in the Sierra Mountains.

The treasure hunters in Guatavita were attempting to drain the lake and retrieve the gold said to be submerged in the water. However, the hot sun turned the silt and mud at the bottom of the lake into hardened concrete. This made it impossible to dig through.  In the end, only £500 worth of gold was discovered. In 1965, the Colombian government designated the lake as a protected area, making private salvage operations within the lake illegal.

Getting back from the Laguna Guatavita Hike

The hike around Laguna Guatavita can be completed in two ways. You can circle back to the entrance or take the more leisurely stroll down to the farms and shops at the end of the trail. There, you can catch a bus back to the entrance for a small fee. We opted for this route, which gave us the opportunity to browse a few shops selling hand-made jewelry and local drinks and treats. 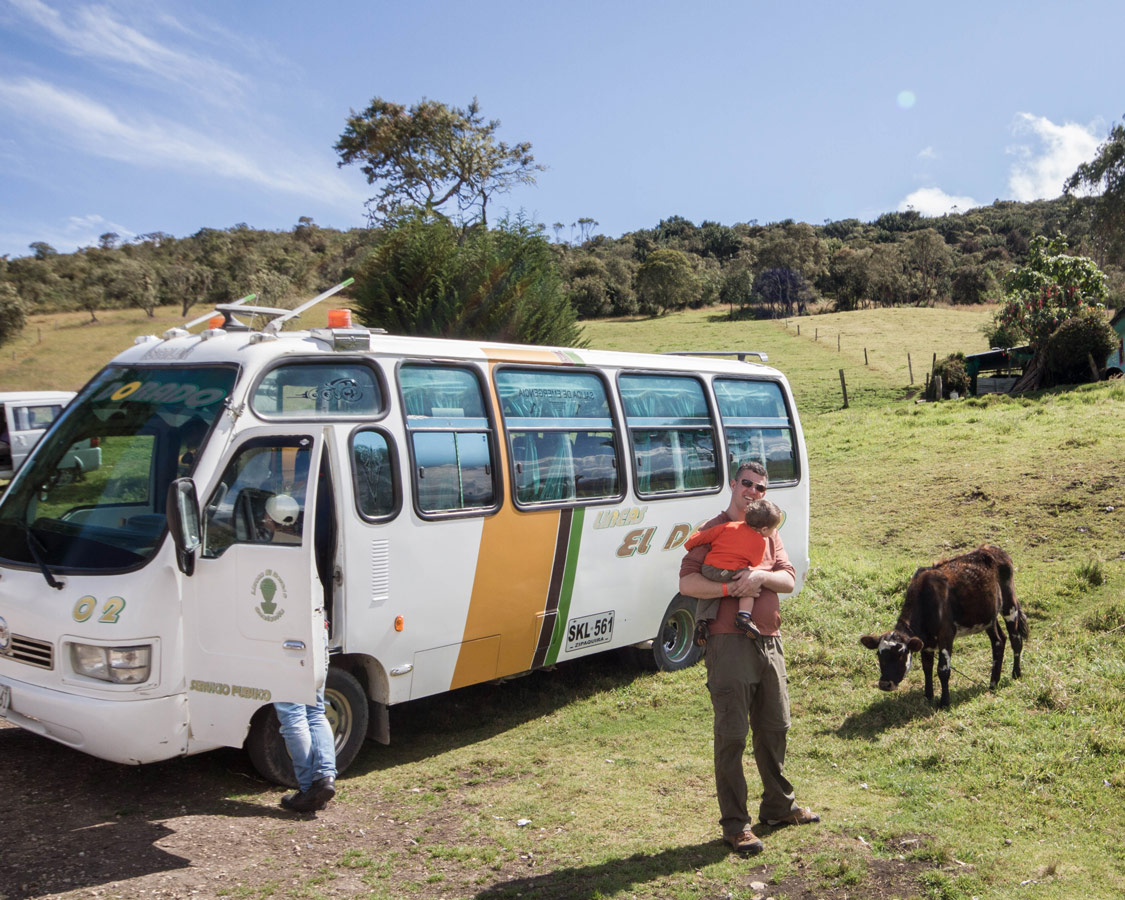 On our way back to Bogota, we stopped at the town of Guatavita once more for a delicious meal in one of the local restaurants. D spent his time dancing to the local music in the courtyard. And C delighted the staff as he romped through the open air. It was a wonderful end to a great day. 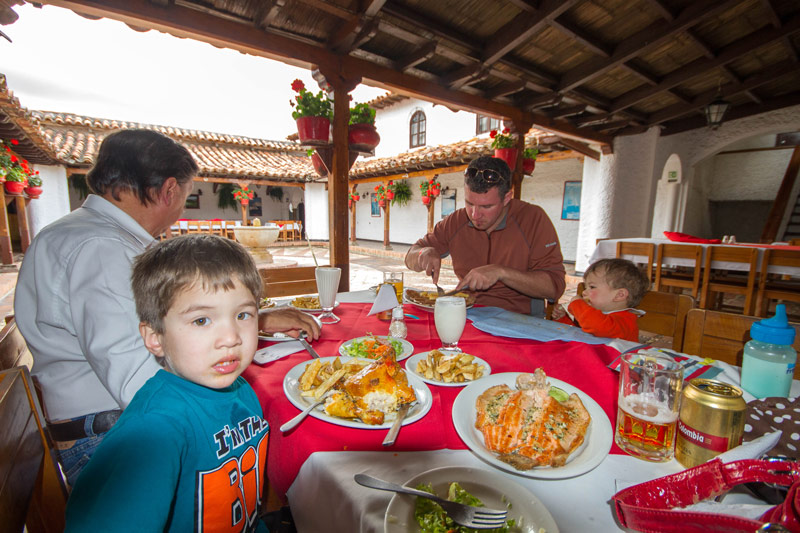 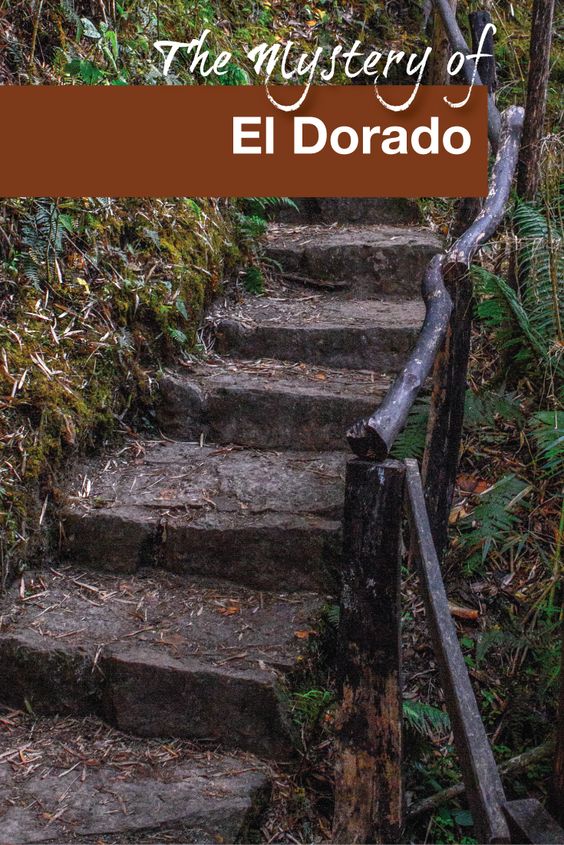