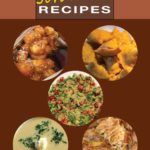 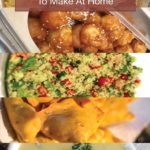 Food in Jordan is some of the best in the world. Relive the magic of travel in Jordan with these 5 easy Jordanian recipes you can make at home.

Jordan is one of those countries that will forever hold a place in my heart. And as I sit here at home, unable to travel due to the shutdown of the world, I’m always looking at ways to revisit my favorite travel experiences. One of the ways that I’ve found to experience a destination, again and again, is through food. The other week I shared some of my favorite Icelandic recipes.  And this time I want to share the flavors of the Hashemite Kingdom of Jordan. So, if you love Jordan as much as I do, then these easy Jordanian recipes will help take you on a flavor journey through this magical country.

When my family last visited Jordan on a weeklong road trip through the country we had the delight of tasting everything from unique local restaurants, authentic Bedouin Zarb cooking, and street-side vendors. And everywhere we went to in Jordan the dishes were fresh, flavorful, and absolutely delicious. These easy Jordanian recipes have been put together not just to be a great reflection of some of the classic tastes of the country, but also to provide insight into their rich culture and ancient history. You’ll find dishes that are as old as time, and others, like the classic mansaf, that has taken the country by storm in the last century.

Jordanian cuisine, at its core, is a traditional Arabic style of food preparation. But the country’s unique geological and political history has led the country to twist these ancient recipes in new and fascinating ways. One needs only to look at mansaf, the national dish of Jordan to understand that. Mansaf is based on an ancient meat and rice base. But the introduction of yogurts and nuts in the past century has led this dish to become one of the most popular foods in Jordan. And for a country full of ancient wonders such as the lost city of Petra and the castles of the King’s Highway, that amount of time is just a drop in the bucket.

Jordanian recipes are often rice and meat-based. Because the country is Muslim, you won’t find pork on the menu anywhere. Instead, meats such as lamb, beef, and poultry tend to be among the most popular. Dishes are often served with naan or pita-style bread along with dips such as hummus, tahini, and baba ghanoush.

Yogurt is also a popular ingredient in Jordan. It acts as the base for many dips. Jameed, which is unique to Jordan and often included in mansaf, is a dried form of yogurt as well.

In many recipes in Jordan, you’ll find vegetables such as eggplant, carrots, and tomato. While fruits such as lemon are often used as seasoning along with garlic, onion, cardamom, and cinnamon.

Here Are My Favorite Favorite Jordanian Recipes To Make At Home

One of the things that I love most about travel is that the memory of the experience hangs around far longer than the travel experience itself. When I’m at home, especially during lockdown times like this, I often find myself wanting to relive the memories of my favorite travel experiences. Sometimes that means sitting down with one of my favorite travel books. But one of the best ways is by cooking an incredible meal and to live the trip all over again through your tastebuds.

So warm up the oven and grab the apron. These 5 fantastic Jordanian recipes will take you back to this historic country.

Mansaf is Jordan’s national dish. The dish is typically served on a large platter and perfectly reflects the typical Jordan culture of openness and sharing. Mansaf is rice-based and typically is made with either lamb or beef. It’s not the easiest Jordanian recipe, but it is so wonderful for large gatherings or family meals.

Mansaf is the national dish of Jordan. This filling rice and meat-based dish is traditionally served on a platter family-style. Mansaf is normally placed at the center of table and the pita bread or naan base is used for schooping.

Shorbat soup is one of the staples during the Jordanian winter. But here in Canada, the season for enjoying this hearty lentil soup is much longer. In Jordan, Shorbat soup is normally enjoyed during the colder months. But it’s also served at almost every breakfast table during the holy month of Ramadan.

Not only is Shorbat soup delicious, but it’s also incredibly nutritious and healthy. Fittingly, as a dish for the country with the oldest city in the world (the capital of Amman), Shorbat soup is based on lentils, which is regarded as the oldest cultivated legume in the region.

Shorbat soup is one of the quickest and easiest Jordanian recipes on this list. And it’s one that I make very often at home.

Shorbat soup is a staple of Jordanian cuisine. This easy lentil soup recipe is perfect for meals on its own or combined with sandwiches or mansaf. It's healthy, nutritious, and delicious.

1. Rinse lentils and drain. In a saucepan add lentils to the water and bring to a boil. Reduce heat and simmer for 30 minutes.

2. Remove from heat. Strain the lentil mixture through a vegetable strainer. Puree the lentils.

3. Return the pureed lentil mixture to the pot. Cook over medium heat and stir in cumin, salt, and pepper.

4. In a small skillet brown the chopped onion in oil, then add to the lentil mixture.

5. Cook the lentils and onion over medium heat for five minutes only.

6. Sprinkle the soup with chopped parsley and croutons.

There are few things more refreshing on a hot day in Jordan than a mouthwatering bowl of Tabbouleh. This super healthy and delicious parsley salad is found on nearly every table throughout the hot season in Jordan. It’s super easy to prepare and goes with just about anything. It’s one of my absolute favorite Jordanian dishes.

Tabbouleh is one of the freshest and most delicious salads around. This parsley-based dish is a staple in many middle east countries. It's light, refreshing, and a perfect pairing with any summer meal.

Served both as a popular snack and appetizer in  Jordan, Sambousek B’jibn, or Cheesy Triangles, as they are often referred, can be found in nearly every home and restaurant. The first time that my kids tried this Jordanian Snack we were outside fo the historic city of Jerash. And they asked for them at every meal for the rest of our trip.

Sambousek b'jibn is a classic Arabic snack. Often called cheesy triangles, these delicious, gooey bite-size morsels are perfect as an appetizer or on their own.

6. Mix stuffing ingredients together and stir well. Place one heaped tablespoon of stuffing onto each dough circle. Fold dough to form a rounded triangle.

7. Pan fry in oil until golden in colour, turning to cook each side. Serve hot.

One of the most exciting things about every meal in Jordan is when the main dishes get cleared away. Because it’s at this magical time when dessert is served. Dessert in Jordan is just as much of an event as the main course. And of all the Jordanian recipes, Luqaimat, or Honey Dumplings were our absolute favorite. These crunchy and sweet treats are as fun to share as they are delicious to eat.

Luqaimat is a traditional Arabic crunchy honey dumpling. They are a popular dessert in the middle east and are traditionally served as a sharing dish at the end of a meal. This is a Jordanian luqaimat recipe.

We can’t wait to travel again and taste these Jordanian dishes in their home country. Do you have a favorite Jordanian recipe that I haven’t covered here? Tell us about it in the comments below. Or swing by our Facebook page and share it with us there. You can in our web story for these recipes here.

My daughter just spent her vacation in Jordan. She loved it and wants to go back very soon. I am looking for very authentic recipes that she can make here in Canada, that she experienced during her special trip

What a great way to help her relive those experiences!

This website uses cookies to improve your experience while you navigate through the website. Out of these, the cookies that are categorized as necessary are stored on your browser as they are essential for the working of basic functionalities of the website. We also use third-party cookies that help us analyze and understand how you use this website. These cookies will be stored in your browser only with your consent. You also have the option to opt-out of these cookies. But opting out of some of these cookies may affect your browsing experience.
Necessary Always Enabled
Necessary cookies are absolutely essential for the website to function properly. These cookies ensure basic functionalities and security features of the website, anonymously.
Functional
Functional cookies help to perform certain functionalities like sharing the content of the website on social media platforms, collect feedbacks, and other third-party features.
Performance
Performance cookies are used to understand and analyze the key performance indexes of the website which helps in delivering a better user experience for the visitors.
Analytics
Analytical cookies are used to understand how visitors interact with the website. These cookies help provide information on metrics the number of visitors, bounce rate, traffic source, etc.
Advertisement
Advertisement cookies are used to provide visitors with relevant ads and marketing campaigns. These cookies track visitors across websites and collect information to provide customized ads.
Others
Other uncategorized cookies are those that are being analyzed and have not been classified into a category as yet.
SAVE & ACCEPT
Skip to Recipe